2017 in Review for Endurance Sports

2017 was an interesting year for road races and endurance events. These are some of the key stories, news you may have missed, and personal profiles from the year.

Weather events continue to be a serious concern for race organizers. Numerous races were cancelled or rescheduled due to weather or nature-related incidents. 2017 started with an unprecedented cancellation of the Walt Disney World Half Marathon due to lightening storms. The Mississippi Blues Marathon was cancelled in January due to bad road conditions from a winter storm. Multiple west coast events were impacted by wildfires. The inaugural Virgin Sport Festival of Fitness and Half Marathon in San Francisco was cancelled in October due to concerns about air quality and in the interest of not pulling government officials and public safety staff away from responding to nearby fires. The Everglades Half Marathon in Florida was cancelled in November (over a month before the race weekend) due to flooding from Hurricane Irma. And in December, Race 13.1's Durham, NC races were cancelled due to poor road conditions from a winter storm. Other events rescheduled around blizzards, forest fires and hurricanes when possible and as permits allowed.

At age 70, Kathrine Switzer returned to the Boston Marathon, 50 years after she became the first woman to run the marathon with a registered bib. In 1967, she registered with her initials K.V. instead of her full name to avoid detection, as at this time in history, women were not allowed in the Boston Marathon. Katherine leads the foundation 261 Fearless, honoring her bib number from that day 50 years ago, to empower female athletes around the world through running. Her bib #261 was retired by the Boston Marathon Association. Also amazing- her 2017 finish time at age 70 was 4:44:31- only 24 minutes slower than her time five decades ago.

In May, Miami was supposed to host the World OutGames, a multi-day sporting event with cultural aspects and a human rights conference, under the license of GLISA (Gay and Lesbian International Sport Association). Instead, athletes from around the world arrived to find almost all sporting events abruptly cancelled with one day's notice. The Miami Herald reported that investigations found shoddy accounting, questionable records, and obvious signs than the event was severely underfunded. Bay Area Reporter Roger Brigham covered the debacle throughout the summer. Local government officials and sporting teams tried to step in and offer alternative events whenever possible, but some events (such as the triathlon and road races) could not be salvaged. Most athletes filed dispute cases with their credit card companies to get refunds. The event's implosion happened a year after the 2016 North American OutGames in St. Louis were also canceled. GLISA, the parent licensing organization, has since taken down their website.

Athletes suspected something unusual was going on when online registration for 2018 Disneyland races was put on hold for months. Rumors buzzed in runner social media groups about the delay, and athletes expressed concerns about making travel plans and reservations for uncertain events. October 18th, RunDisney officially confirmed that Disneyland races would be suspended until further notice, citing on-property construction projects as the reason the events would not be held. In addition, the Coast to Coast Race Challenge was suspended (athletes who completed a half marathon at each Disney park in the same calendar year would receive a special medal). Read the official press release here. The Disneyland Resort hosted four race weekends- the Star Wars Light Side, Tinkerbell, Disneyland, and Super Heroes race weekends. Each weekend had a 5K, a 10K, and a half marathon.

Only ten people are invited annually to the world's longest foot race- the Sri Chinmoy Self-Transcendence 3,100 Mile Race in Queens, NY. This 52-day race requires participants to cover an average of 60 miles a day to finish, and the course is roughly 5,649 laps of one extended city block. This year, the race had a finisher like no other- Yolanda Holder. Ms. Holder is a recognized race walker, with many event wins and world records under her belt. She was the oldest entrant ever in the race at age 59, was the first ever pure walker (Ms. Holder does not run), and just the second American woman to participate. Many doubted she would finish- and she proved them all wrong. She walked with her characteristic smile, while sharing encouraging online social media posts, inspiring people around the world. She completed this achievement just having started in the sport of marathons at age 50. Read her New York Times profile here.

In December, another familiar face on the marathon circuit achieved an incredible milestone- 2,000 lifetime marathons. Larry Macon, at age 72, crossed the finish line at Rock 'n' Roll San Antonio Marathon in December, celebrating this accomplishment which he reached after just 20 years of running. At age 52, his marathon career began, and now Mr. Macon has completed races in all 50 states multiple times. Read about his 2,000th marathon finish here.

Harriette Thompson, the oldest known female marathoner, passed away in October at age 94. Harriette was a favorite on the Rock 'n' Roll San Diego course, completing the marathon at age 91 and 92 (while going through treatment for carcinoma). At age 94, she became the oldest known person to finish a half marathon. In addition to her place in history in the sport, she will be remembered for her generosity as a Team in Training fundraising athlete, and for her smiling face and positive attitude on the course. Here is her obituary in the New York Times.

A Historic Win at the New York City Marathon

It was a magical moment of tears, joy and celebration. Shalane Flanagan, at age 36, became the first American women in 40 years to win the New York City Marathon. This moment was a lifetime dream come true for Ms. Flanagan, and the inspiration both the city and the nation needed. Just a week earlier, a terror attack on a Manhattan bike path killed eight people. This decorated American Olympian with multiple race records adds this victory to an amazing running career. 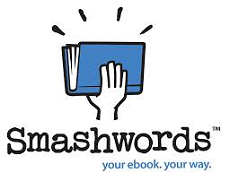